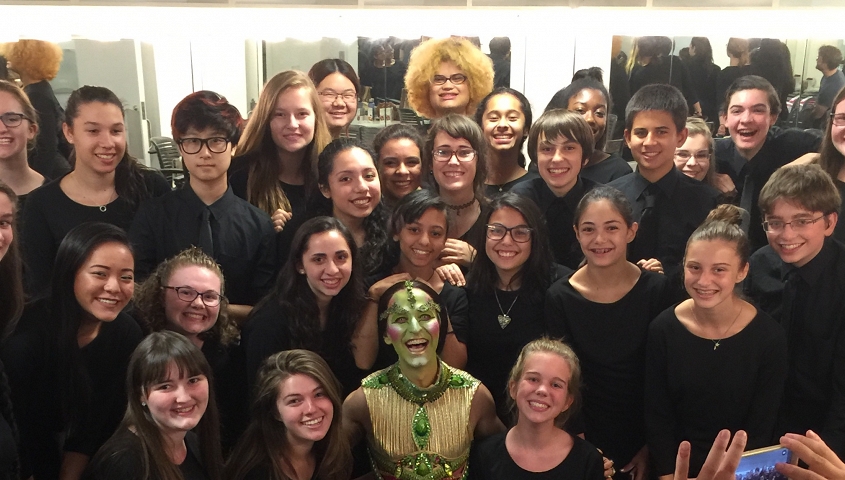 Emerson College professor Scott Wheeler’s music for “Naga” was influenced by hymns, opera through the ages, Japanese gagaku, and Broadway. Theatricality abounded, but it never felt centered. Zhou Long’s music seamlessly fused Chinese and Western conventions, placing a Chinese flute and two-stringed erhu in the pit and giving lush pentatonic melodies to the strings, as well as putting Peking Opera contours and inflections in the singers’ parts. The scene changes were covered by his “Four Seasons,” short settings of ancient poems performed by the sublime Boston Children’s Chorus. Paola Prestini’s atmospheric but tuneful music for “Gilgamesh” inhabited an indie-opera rain forest of its own. The three conductors, Carolyn Kuan, Lan Shui, and Julian Wachner, cleanly directed the orchestral waters where they needed to go, with minimal sonic flooding.

The two choruses—adult and children—performed wonderfully and powerfully. These groups hold special roles throughout the cycle, Jacobs discussing in her notes that they are the voices of the drowned children and the parents thereof. The Boston Children’s Chorus did a splendid job, as did the several soloists who deserve citation in the program. The day began and ended with the solo voice of a child.

One general premise of the trilogy — that the works are cyclical, but can be played in any order — remains to be seen, but audiences will have that chance as the operas repeat all week in individual stagings, and then on Saturday, Sept. 17, again as a marathon in a different sequence.

Most impressive of all in this ambitious presentation proved to be the team. The choruses, under Michele Adams and Emily Howe (children) and Lidiya Yankovskaya (adults), sang with robust expertise day and night.  The composers formed a dream team of modern artists, blending traditional techniques and exploring standard practices. Counts’s direction was spot-on, and for the occasional misses and excesses of the staging technologies, the work of Tucker (video), Yi Zhao (lighting) and Pihlstrom (costumes) proved consistently effective.

In “Naga,” with music by Scott Wheeler, Madame White Snake stalks a young monk, who has left his pregnant wife in order to seek Nirvana. The piece is static and oratorio-like, with an adult chorus and a children’s chorus commenting on the journey. Mr. Wheeler’s choral writing has heft and complexity, but the arias often meander, accommodating the overlong text. Musical high points included the Queen of the Night-like flights of Madame White Snake, scintillatingly performed by Stacey Tappan, and the climactic battle between the snake, trying to seduce her way out of captivity, and the chorus, crying out for her destruction. The charismatic countertenor Anthony Roth Costanzo rose above his dull arias as Xiao Qing, the female, partly human green snake who serves, and hopelessly loves, the white snake. Sandra Piques Eddy was poignant as the Wife; Matthew Worth,announced as ill, husbanded his strength as the Monk. Carolyn Kuan conducted, and the Boston Children’s Chorus, here as in the other two operas, was splendid.