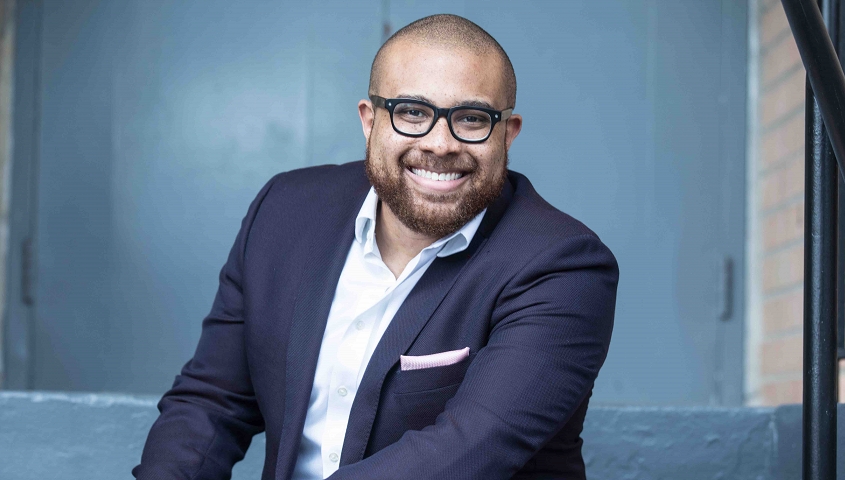 Boston, MA: Boston Children’s Chorus (BCC) is pleased to announce the appointment of Andrés Holder to the position of Executive Director.

Dr. Claudia Mathis, Co-Chair of BCC’s Board of Directors and Director of Board Relations at the Isabella Stewart Gardner Museum said, “the search process was designed to be inclusive of the entire BCC community. Representatives from the current singers, alumni, parents, and staff were asked to participate in the interview and evaluation process. While the Board had the final decision on the candidate, the singer, alumni, and parent perceptions were given equal weight. A written evaluation helped us get a very clear sense that across each of these groups, Mr. Holder was the obvious choice.”

Andrés joins BCC after many years as the General Manager of The Washington Ballet. “We sought someone able to lead with integrity, possessing knowledge of the arts and a deep commitment to building community,” stated Dr. Mathis. “Mr. Holder is insightful, with an energetic and optimistic demeanor that distinguished him from a pool of excellent and diverse candidates. Mr. Holder’s professional and personal experiences demonstrate a true alignment with BCC’s values of artistic excellence, cultural equity, and social justice. We are very excited to partner with him as we move the Boston Children’s Chorus to its next level of artistry and organizational growth.”

Andrés Holder (he/him/his), has over ten years of experience in performing arts management through his work with Gala Hispanic Theatre, Arena Stage, and The Washington Ballet. He has led a portfolio of projects at the intersection of arts and business, focusing on strategic planning, financial modeling, technological implementation, production, intellectual property, labor relations and real estate. Mr. Holder produced a plethora of performances for The Washington Ballet at The John F. Kennedy Center for the Performing Arts in Washington, DC, and has produced in DC and beyond at renowned venues including Wolf Trap, Live Nation’s Warner Theatre, Jacob’s Pillow Dance Festival, The Joyce, and New York City Center’s Fall for Dance.

Additionally, he has produced, directed, and designed productions in Panamá’s Teatro Nacional, which garnered him multiple Premio Escenas (“Escenas” Award) for Excellence in Panamanian Theatre for his design and directorial work. In 2017, he directed the Central American premiere of the musical “RENT”, in commitment to the furthering of social justice for LGBTQIA+ people in Panamá. He has worked with award-winning artists, including Julie Kent, Charles Randolph Wright, Kathleen Turner, Pasek & Paul, Malcom-Jamal Warner, Ben Platt, Michael Greif, George C. Wolfe, Katori Hall, David Auburn, and more.

Born and raised in Panamá, Mr. Holder moved to the United States to pursue his education at the University of Michigan (UM). He holds a Bachelor of Fine Arts from UM’s School of Music, Theatre, and Dance.

"I feel incredibly humbled and honored to have been entrusted with the responsibility of leading Boston Children's Chorus,” Andrés Holder said. “In this time of incredible uncertainty, grief, and reckoning, I believe that BCC is uniquely poised to deliver sustainable long-term progress toward a just, equitable, empathetic, and bright future. I'm excited to meet the BCC community and look forward to working side by side with singers, parents, donors, alumni, board, and staff.”

BCC harnesses the power of music to connect our city's diverse communities, cultivate empathy, and inspire social inquiry. BCC choir programs include 13 choirs with singers from 110 different zip codes in and around Boston. Named Boston’s “Ambassadors of Harmony” by the Boston Globe, BCC presents over 50 performances per season in a wide range of public and private events. They have performed in venues from Boston Symphony Hall, and Royal Albert Hall in London, to Sydney Opera House, and the White House.