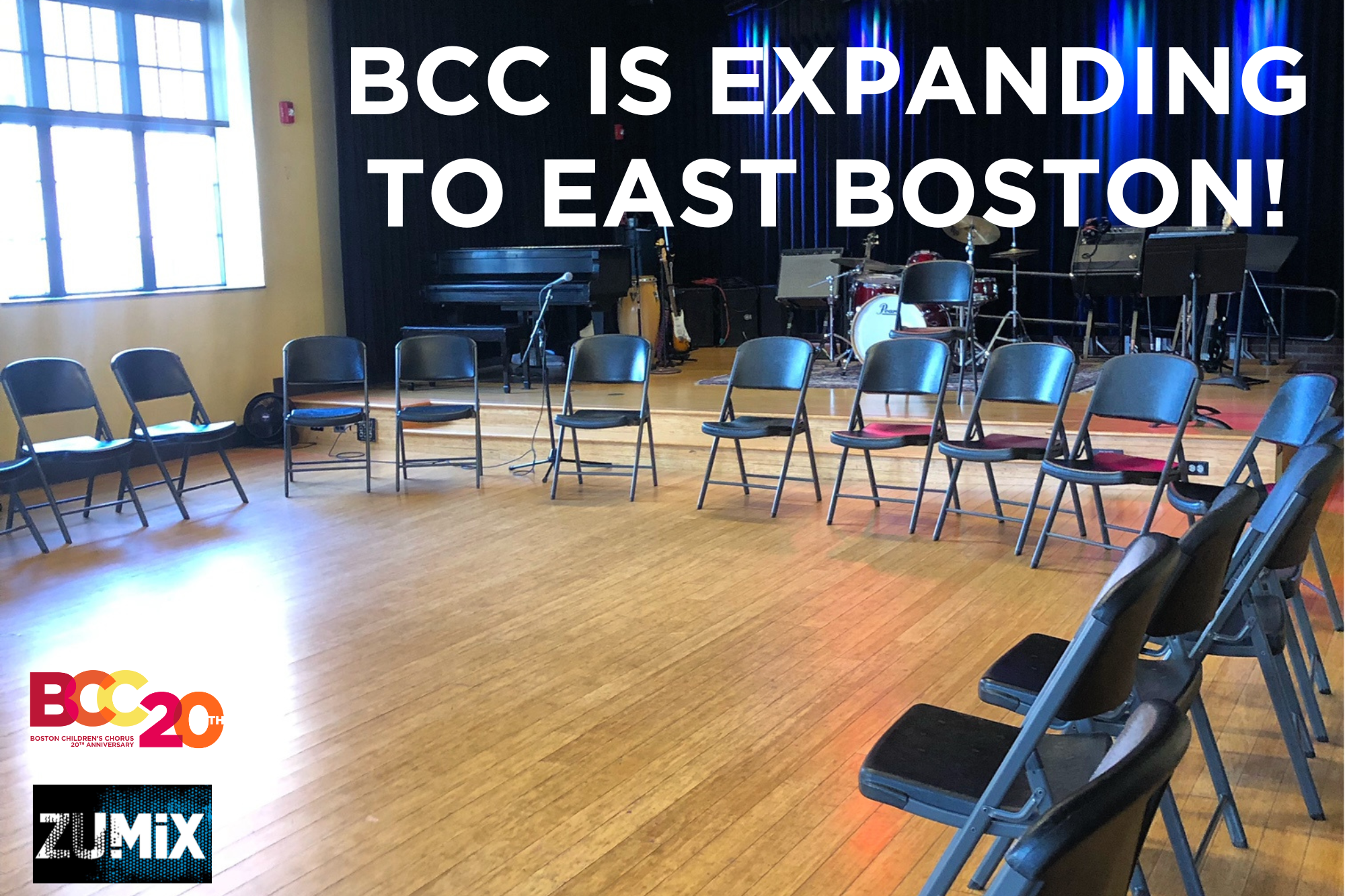 Boston, MA (July 27, 2022) – Boston Children's Chorus (BCC) announced today it is expanding programming offerings with the debut of a new neighborhood choir program with East Boston’s ZUMIX, a nonprofit dedicated to building community through music and creative technology. BCC is celebrating its 20th anniversary season (2022-23) and the first of multiple new neighborhood programs, marking the beginning of its expansion into new areas throughout Greater Boston.

At ZUMIX, BCC is launching a training choir for singers ages 7-11. Now in its third decade of programming, ZUMIX is a well-respected creative youth development nonprofit with award-winning music and creative technology programs, aimed at equipping youth with the tools they need to reach their full potential.

Founded by Boston civil rights icon Hubie Jones in 2003, BCC’s 20th anniversary season will celebrate the city’s history of civil rights activism and draw attention to the work still to be done. While exploring an inequitable past and the generational impact of those injustices in the Boston of today, BCC singers will celebrate the anniversary by recommitting to the chorus’ core mission of inspiring inquiry, cultivating empathy, and becoming future generations of Boston leaders.

The organization serves more than 500 youth through after school and summer programs. BCC's East Boston training choir will meet on Saturday mornings at the main ZUMIX performance space at 260 Sumner Street.

“As we enter our 20th anniversary season, BCC is proud to partner with ZUMIX to expand the number of communities we reach and bring our programming into new neighborhoods throughout Greater Boston,” said Boston Children’s Chorus Executive Director Andrés Holder. “ZUMIX is a natural fit in terms of both programming and mission. We can’t wait to add more voices from East Boston to BCC’s beautiful song!”

"ZUMIX is so excited to host BCC's new East Boston training youth choral initiative on Saturday mornings next school year,” said Executive Director Madeleine Steczynski. “Both of our organizations believe in the power of music to uplift lives and community. We look forward to working more closely with BCC and to having more music in Eastie next year.”

Boston Children’s Chorus (BCC) was founded in 2003 by Hubie Jones, a civic leader who has worked for six decades to address the social problems facing Boston’s underserved children and communities. Named Boston’s “Ambassadors of Harmony” by The Boston Globe, BCC harnesses the power of music to connect Boston’s diverse communities, cultivate empathy, and inspire social inquiry. BCC choir programs include 9 choirs with singers from 110 different zip codes in and around Boston. BCC presents over 50 performances per season in a wide range of public and private events. They have performed in venues from Boston Symphony Hall, and Royal Albert Hall in London, to Sydney Opera House, and the White House.