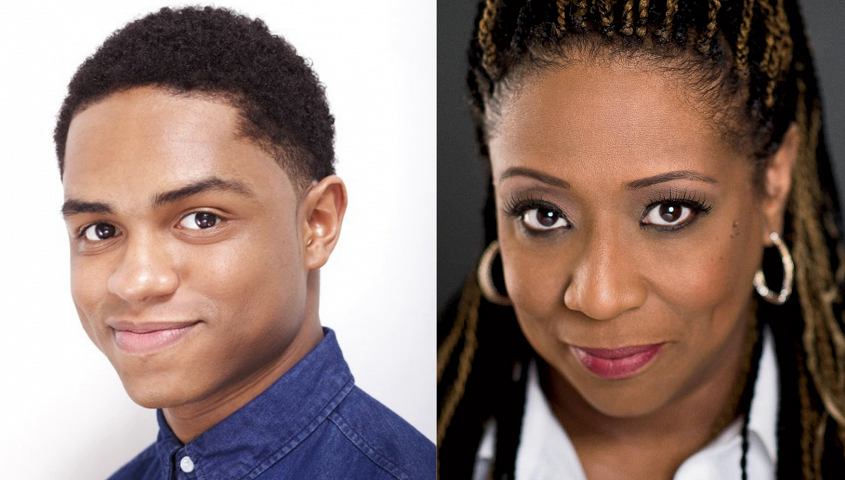 *Due to the ongoing lockdown in Scotland because of COVID-19, our scheduled guest artist, Andrea Baker, is unable to join us virtually for our performance. We are thinking of everyone in the UK who is in lockdown right now and thankful for the hope of a vaccine. We wish Andrea safety and health during these difficult times and we look forward to working with her in person soon!

Roman Banks plays Howie, a new recurring character on the Disney Plus television show High School Musical The Musical The Series. Prior to that he was performing in the Tony Award Winning Best Musical Dear Evan Hansen, where he made history as the first person of color to portray the character of Evan Hansen.

E. Faye Butler is an accomplished and decorated theater actress and singer who is proud to call Chicago her home. She has performed around the globe to international acclaim. Her many awards include 7 Joseph Jefferson Awards, A 2016 Guy Adkins Award Excellence in Advancement of Music Theatre, A 2016 Rosetta Le Noire Award, 2 Helen Hayes Awards, a Barrymore Award, 4 Black Theatre Alliance Awards, an Excellence in the Arts Award, an Ovation Award, a RAMI Award, After Dark Award, Kathryne V. Lampkey Award, Black Excellence Award and the 2011 Sarah Siddons Award. In 2012, she was inducted into the National Museum of Women in the Arts. Also a recipient of the Lunt-Fontaine Fellowship. She has her own CD called “Circle of Firsts” and performs her own cabaret concerts and theaters across the country and internationally.