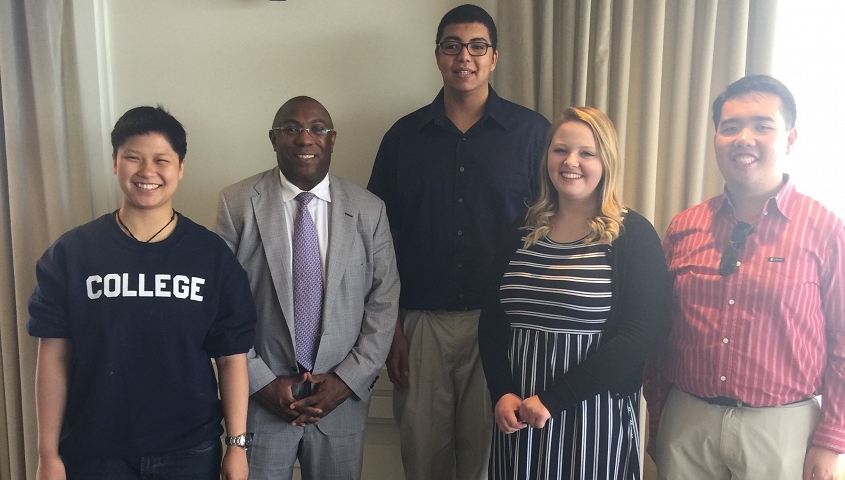 This year, two Herbert Randolph Kiser Memorial Scholarships were given:

BCC's History and Social Impact: In what ways has BCC founder, Hubie Jones, influenced the social justice landscape in Boston between 1966 and today and what are the tangible and visible impacts that can be seen in Boston that are directly related to his life's work and efforts?  What do you plan to do post BCC to  contribute to social justice efforts, inclusion and respecting diversity of thought?

In the summer of 2015, I had the privilege of interviewing Mr. Hubie Jones for a research project in which I explored the power of music in reconciliation. That telephone conversation turned into six pages of single-spaced dialogue that still moves me as I read it today. We discussed topics ranging from his experience listening to Martin Luther King speak at Jordan Hall in 1956 to the earliest days of the Boston Children’s Chorus in 2003. My most important takeaway, however, was how he conveyed his lifelong desire for diverse authentic community. When I asked him about the challenges involved in starting a program that sought to integrate Boston’s diverse communities, he responded with conviction, “What I wanted was young people who got to know each other so well that they build what Dr. King called a ‘beloved community.’ Where they would really get to know each other. They would not be afraid of being in each other’s homes. They would not be afraid to go to the movies together or go to parties with each other. And this was nothing we programmed … Hey, I’m a black guy who goes to funerals of very liberal white people. And I go these funerals. And I’m one of few black people at the funeral. So I say to myself, “Now I know how this person really led their life.” It’s who comes to your funeral, it’s who comes to your weddings, it’s who comes to your major social events, that tells me whether you are really seriously and deeply connected with people different than yourself. And so this was one of the things that drove me.”

Community. Genuine community, where people across the socioeconomic, racial, and religious spectrum share life’s joys and burdens with each other. It is one thing to idealize such notions of community, as has been done so often in song and film. Yet it takes courage to remain steadfast and purposeful while living in a city torn apart by racial conflict and misunderstanding. Seeing pictures like the Pulitzer-Prize winning photograph The Soiling of Old Glory, which depicts a white teenager assaulting a black civil rights activist during the Boston busing crisis, is chilling, and makes me want to retreat into my 21st century bubble of comfort and apparent progress in race relations. Yet Hubie Jones’ hope for racial reconciliation spurred him to emerge not despondent, but invigorated with purpose. While others worried about the inevitability of white flight and deterioration of urban schools, Jones refused to be beaten down and instead took action. In 1968, after observing many mostly Latino and black students illegally prohibited from the Boston public school system due to a language or disability barrier, Jones founded the Task Force on Children out of School, a project that was instrumental in producing legislative reforms not only in Massachusetts, but in school districts in dozens of other states around the country. Such reforms created our nation’s first bilingual and special education laws. Jones also founded the nonprofit Higher Ground in 2010, which seeks to assist families in poverty by providing free health services and education. In addition, Jones’s advisor role was critical to the success of the organization City Year, which aims to support struggling urban schools by recruiting young adults to provide individualized support to at-risk students. As a student at Boston Trinity Academy in Hyde Park, I often saw those red City Year jackets at the Forest Hills MBTA stop on my afternoon commute to rehearsal at BCC Central, which is a testament to the visible work that young people are doing in Boston’s public schools.

Mr. Jones also used the medium of television to share his views with a wider public. For 20 years he made weekly appearances as a panelist on WCVB’s public affairs program “Five on Five,” sharing his vision and strategies for Boston. During these broadcasts, Jones’ message was able to reach diverse audiences such as my grandparents, who, although living just 20 minutes from the city, were not connected to its struggles, yet were accustomed to watching the news. In a time of increasing racial segregation between the suburbs and the city, Jones was a consistent voice with a tenacious spirit to bring about change and healing.

Perhaps there is no larger imprint that Hubie Jones has made on the city of Boston than the creation of the Boston Children’s Chorus, which I have sung with during the past seven years. Throughout my years in BCC, my favorite event has been our annual Martin Luther King, Jr. tribute concert. As I look back at those many January weekends, I can honestly say that it was not the specific repertoire that we sang each year that made our MLK concert so memorable. It was having the opportunity to sing to a packed crowd below those large immovable posters, depicting Martin Luther King walking hand in hand with his brothers during a protest, speaking adamantly at the Lincoln Memorial, and smiling warmly alongside his wife Coretta Scott King. It was the opportunity not only to sing, but to make eye contact with and put my arm around friends in YME while on stage. It was the opportunity to carry on Dr. King’s legacy in the very space that Mr. Hubie Jones heard him speak decades ago during the Montgomery bus boycotts. The memories from those concerts exemplify Hubie Jones’ 60 years of work for a city with a troubled racial past -- the story of a man determined to carry on the work of Dr. King, tenaciously working toward social justice, and believing in the promise of racial reconciliation. He is a living bridge from the past to the present.

In addition to my involvement in BCC, during my high school years I have served as a Volunteer at Tenacity, an organization whose mission is to enable post-secondary success for inner-city Boston youth through tennis and literacy. Over the past three years, I have also participated in the Trinity Institute for Leadership and Social Justice at my school, leading the Special Needs Outreach, which seeks to build relationships with disabled youth and raise awareness. I cannot imagine life without being involved in and serving my community. I honestly do not know exactly how I will engage with social justice as I head off to Cornell University in the fall, yet one opportunity stands out to me. The Cornell Prison Education program was established in order to provide educational courses (ranging from creative writing to genetics) for incarcerated men in upstate New York prisons, ultimately granting the inmates an associate's degree. In a country where convicts are too often locked up and forgotten or discriminated against, this unique program breaks down not the wall of race, but a physical barrier of a prison wall, and enables inmates to gain an education that can help transform their futures. Although I may be involved in this and other outreach programs in the future, I believe that as Hubie Jones has said, authentic community is not something that is “programmed.” At BCC I have had the privilege of getting to know and working together with incredibly talented individuals from very different backgrounds whom I otherwise would not have met, and now count as good friends. BCC has allowed me to experience Hubie Jones’ dream of a “beloved community” and I intend to seek out this kind of community at Cornell and wherever my future takes me. 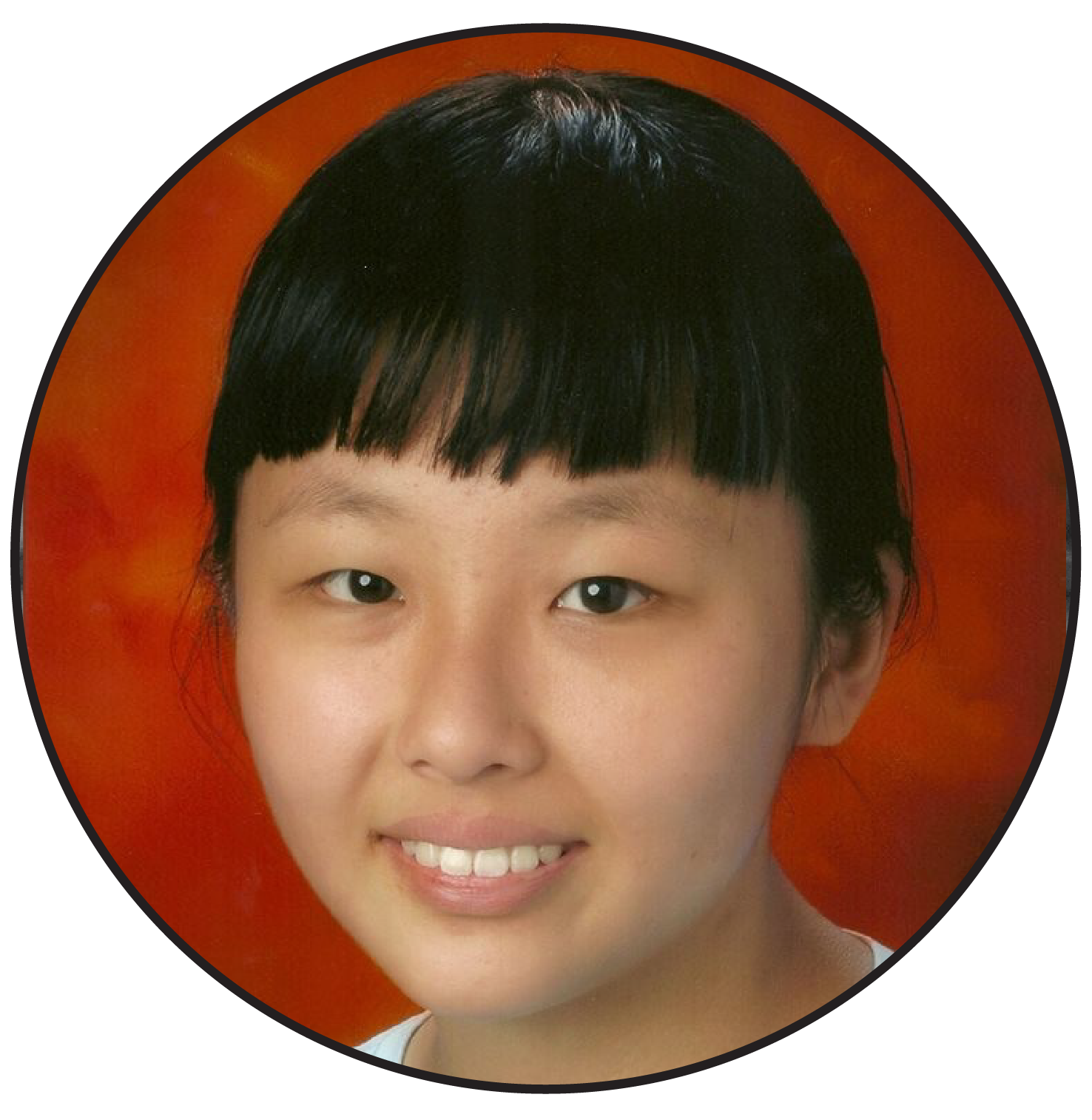 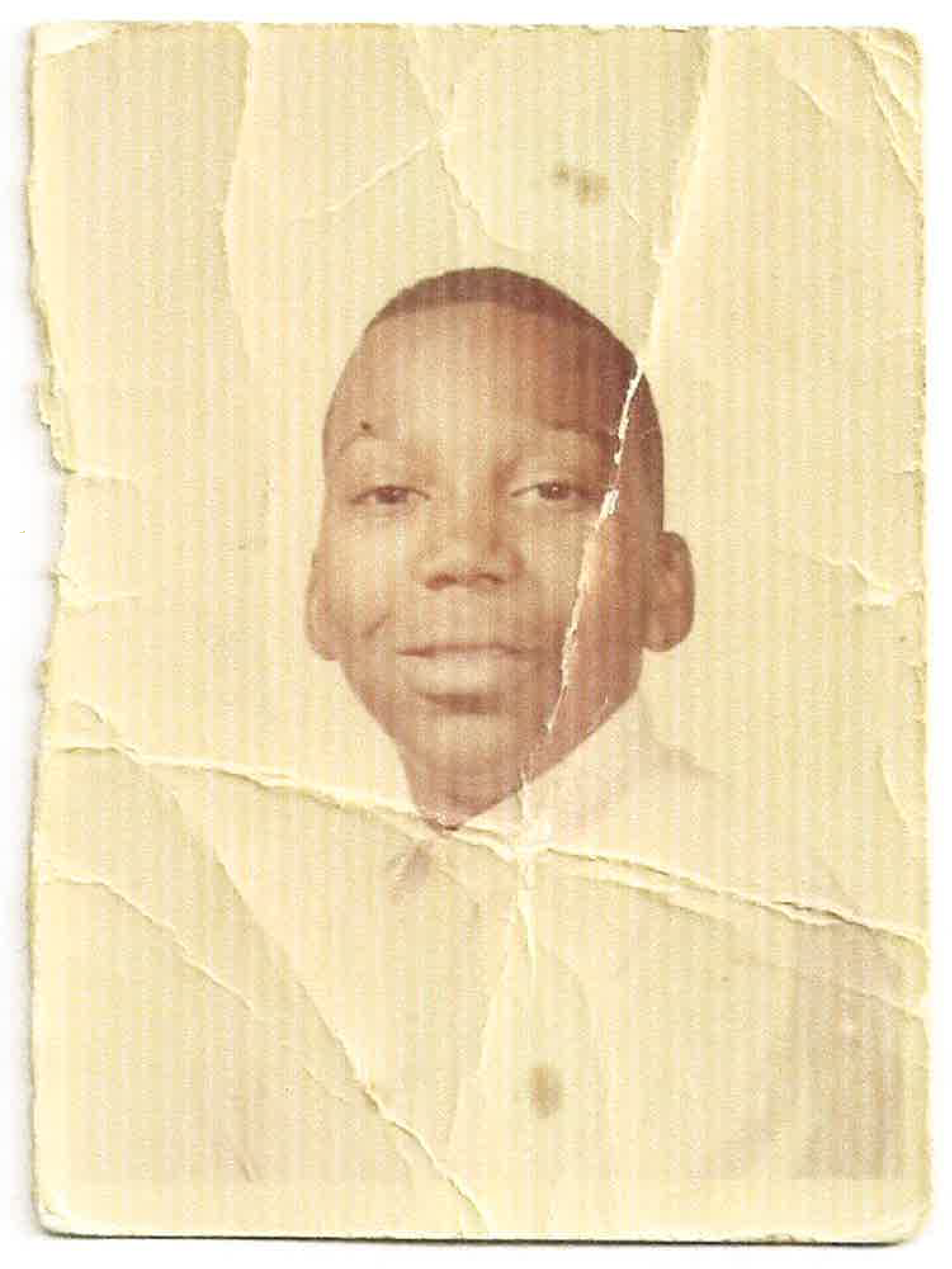 Most unfortunately, Randy’s life was then taken.

Since then, 9 graduating seniors have received scholarships, totaling more than $30,000.

Past Scholarship recipients have attended or are currently attending such colleges and universities as The University of Southern California, Norte Dame, Ithaca College, UMASS, Harvard, and Boston University.