Viewpoint: New to town and Black? Here’s to a more inclusive future in Boston. 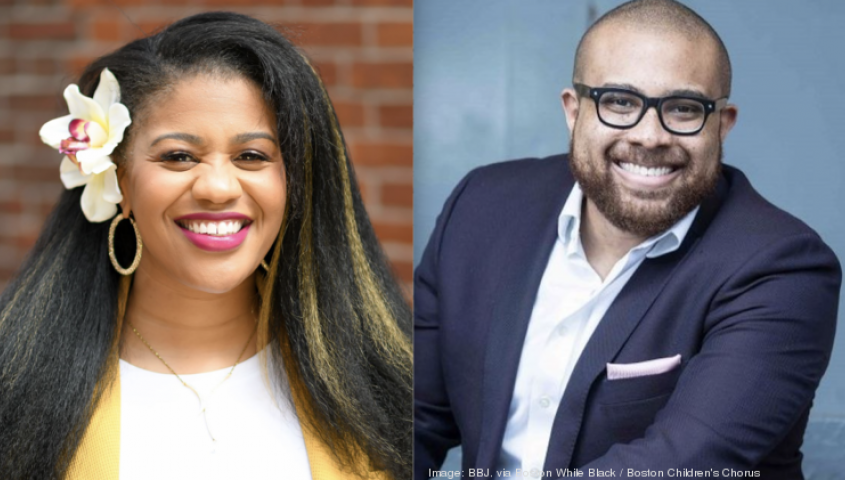 As a relative newcomer to Boston I’ve got to tell you, this city can be an inscrutable place: roads that seem to end or change direction for no particular reason, names with pronunciations that seem designed simply to vex you, and of course locals who are often perceived as … let’s just say less than hospitable to newbies. If you’re new and Black, well, every aspect of being the former becomes magnified by the latter.

When I came to Boston to work as executive director of Boston Children’s Chorus from my prior role at The Washington Ballet in June 2020, I was certainly aware of the city’s reputation as skeptical of newcomers and challenging (to say the least) for people of color. But what I encountered was actually much different.

Nearly every conversation I had with Black professionals in Boston went like this: Yes, this can be a tough place to break into and feel connected, but we’re really happy you’re here and we will do whatever we can to make sure you are successful.

Within a matter of weeks, someone had introduced me to the effervescent Sheena Collier, founder of the networking organization Boston While Black and general “How To Boston” expert. Others quickly opened doors for me to meet people like Koya Partners Managing Director Maureen Alphonse-Charles, State Street Chief Diversity Officer Paul Francisco and King Boston Executive Director Imari Paris Jeffries. With each connection to these influential Black leaders, I felt more immersed in a rich, uplifting Black community than I had been in any of the U.S. cities in which I’ve lived since moving from my home country of Panama 13 years ago.

Boston’s reputation for being inhospitable to newcomers and isolating to Black professionals was one I had certainly heard a lot about, but to be honest that has not been my experience. I have found the city to be welcoming, with many from across the demographic spectrum willing to open doors to help me grow and meet other leaders who could help me get to know the city.

Well, there’s a good reason for that. Many generations of Black newcomers to Boston did struggle with those very real feelings of social isolation and of course many still do. In a world of privilege, I have to check mine: doors have been opened to me because of my job title and my organization’s history (Boston Children’s Chorus was founded by pioneering Boston social worker Hubie Jones). While I can appreciate and feel thankful for my incredible welcome, I also acknowledge that if I was simply Andrés, 34-year-old new in town Black man and not Andrés Holder, executive director of BCC, my welcome might have looked very different.  I recently wondered aloud to Sheena whether her welcome to Boston as a Harvard grad student in the early 2000s had any resemblance to mine. I could see in the heavy dose of side-eye I received that the answer was a resounding no.

Even though I came to Boston to study at an esteemed institution, I quickly realized I would have a challenging time navigating the city as a person of color. I was literally cowering in the corner during one of my first days in town at an event for prospective Harvard grad students. I was like, “I don’t want to come here. I can’t. There’s no Black people in this room.” But a member of my alumna network from Spelman College reached out and started introducing me to other Spelmanites. She promised me that if I moved here, she would look out for me and to this day, we’re still friends.

I began organizing meetups and networking events for Black professionals in Boston, eventually leaving my job as economic director at Greater Boston Chamber of Commerce in order to run Boston While Black full time.

When I started Boston While Black, I documented my own journey and thought, “How do I codify this?” How do I create a curriculum or create programming to scale this concept so that you don’t have to wait until you’re introduced to me or others who have spent years building a network?

It’s become apparent to me very quickly that the reason for my soft landing here in the Hub is no accident – it’s the result of years of intentional community building on the part of Boston’s Black leaders. That led to another realization: If I don’t use my relative privilege to open doors for others, I’m not doing my part.

In my role at Boston Children’s Chorus, I am constantly looking for opportunities to pass the baton. If I see students who seem like they are struggling to fit in (parents or staff too for that matter), I try to connect them with people that can support them. At BCC, we view the chance to sing in community as part of a broader opportunity to have dialogues around social justice, equity and inclusion. I hope BCC continues to be a place that creates community for people of color who may feel isolated or disaffected.

I know the ecosystem that has allowed me to thrive does not exist for all people of color, but as a leader of a well-known community institution I have a role to play in rolling out the welcome mat that was laid out for me.

There are Sheenas in every neighborhood of Boston — whether living in the neighborhood they grew up in or their adopted hometowns — making things a little bit more hospitable for young Black people than it was before they arrived. This is a time of great political and demographic change in the city. If we’re going to unlock Boston’s true potential, we need to make now the time that my experience becomes the rule and not the exception.

Andrés Holder is executive director of Boston Children’s Chorus. Sheena Collier is founder and CEO at Boston While Black and The Collier Connection. Both were scheduled to speak as part of the keynote conversation “The Saving Power of Culture” at King Boston’s Embrace Ideas Festival on June 15 at the Boston ICA.