Where in the World is ATK? 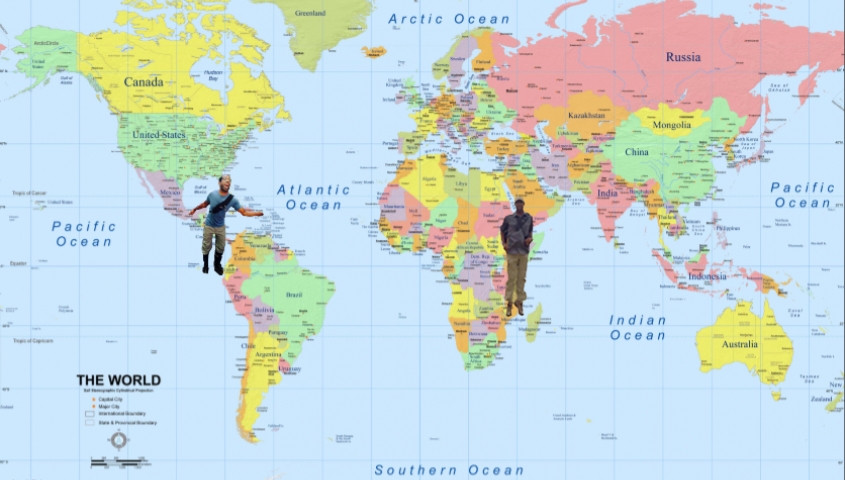 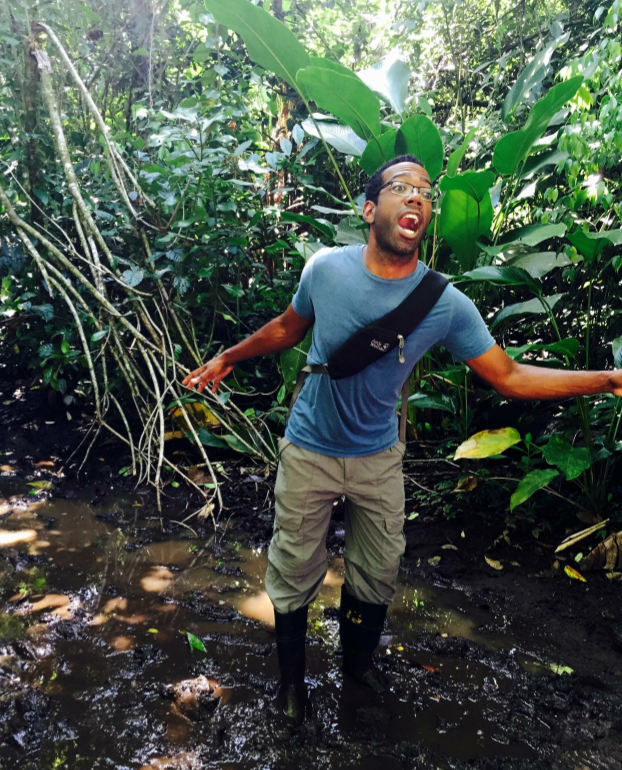 I was in residence in Costa Rica from January until the end of February.  The plan was for this to be a time of reflection and thought, but it turned into much more! I was in residence at the Earth Institute (Costa Rica). This 4 year university is geared towards bringing together students from across Central and South America, the Caribbean and Africa (mostly students from developing tropical climate countries) in the hopes of creating social change from the perspective of food security.

I have never been in a more diverse environment. The way that they integrate all of these various cultures into cohesive working groups is an inspiration.  They aim to find students that are willing, but might not have the means, and provide them with an education, with the hopes they will return to their home country and become change agents.  They operate on a sliding scale fee much like BCC.  They do an excellent job of incorporating community service and community building into many of their activities.

I am took the opportunity to learn Spanish.  With time spent here, and later in Columbia, it will be a valuable tool moving forward. (Side note, if you buy bananas at Whole Foods that come from CR, it probably went by my back window!)  I have so many ideas from this experience which I will share with you all soon.  Stay tuned to hear where I travel to next and what I am learning.

I miss all of you and hope the BCC community is doing well and singing in harmony!
Dr. TK

After a grueling 4 days of travel from Costa Rica (long, long story), we finally arrived in Kenya. We were greeted at the Nairobi airport by our host, Mwai, from the African Children's Choir (ACC). Over the next 7 days we would be visiting schools, spending time out in the community, learning about the ACC, and of course seeing all of the wonderful wildlife.

My first task was to spend the day at the Rosslyn Academy, a school in Nairobi near the US Embassy and the African Headquarters of the UN.  Their choir director, Mark Statler (who visited YME in Boston a few months ago) graciously invited me to visit his program. The Academy is an international school with many students from all over the world. The population is made up of around 30% American and 25% Kenyan.  Of the Americans, most were not born in the United States. Here, I work-shopped with the 6th grade, 7th, grade and High School choirs. They were wonderful to work with and it was nice to hear a choir again (though it made me miss BCC even more!) 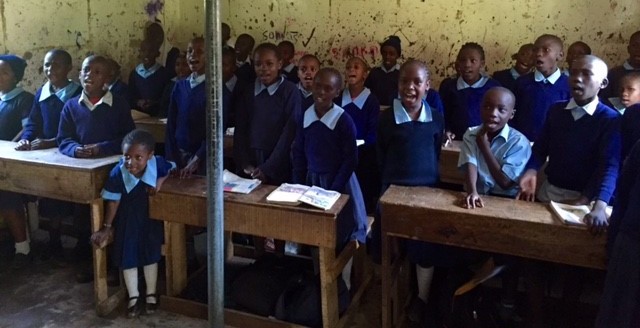 Next we were off to a Safari! Kenya is home to some of the world’s last remaining mega fauna. There are large areas of land that have been set aside for animal habitat. The big five are the animals that most people come to see (Elephant, Rhino, Lion, Leopard and Water Buffalo). Not only did we see the big five, but so much more. We had the opportunity to see the last two white Rhinos at this particular reserve in Kenya. We were escorted by a heavily armed guard, who stays near the rhinos 24/7,through the bush to see the rarest of animals in the Maasai Mara National Park. This species of Rhino is near extinction. In fact, worldwide, today only 25,000 rhinos remain.  Kenya has just 1,000 rhinos.

After returning from the Safari, we spent the next few days in the community learning about several projects of the African Children's Choir and the Maasai Girls Education Fund.  We had the opportunity to visit Africa's largest (or second largest depending on who you talk to) slum, Kibera. We visited a home and a school in the very heart of this slum.  It is both wildly dangerous and unsanitary, and to see the sheer number of people and especially children living in this condition was humbling.  This is one of several slums in Nairobi where tens of thousands live.  School children as young as 6 walk themselves to school each day.  The ACC goes into these slums and finds children to sponsor, giving them a pathway out. School, which is so often taken for granted in the developed world. It is a true privilege, as it is clearly not that way here.  What we experienced is indescribable,  but I am so glad that I have had the opportunity to gain a little perspective. 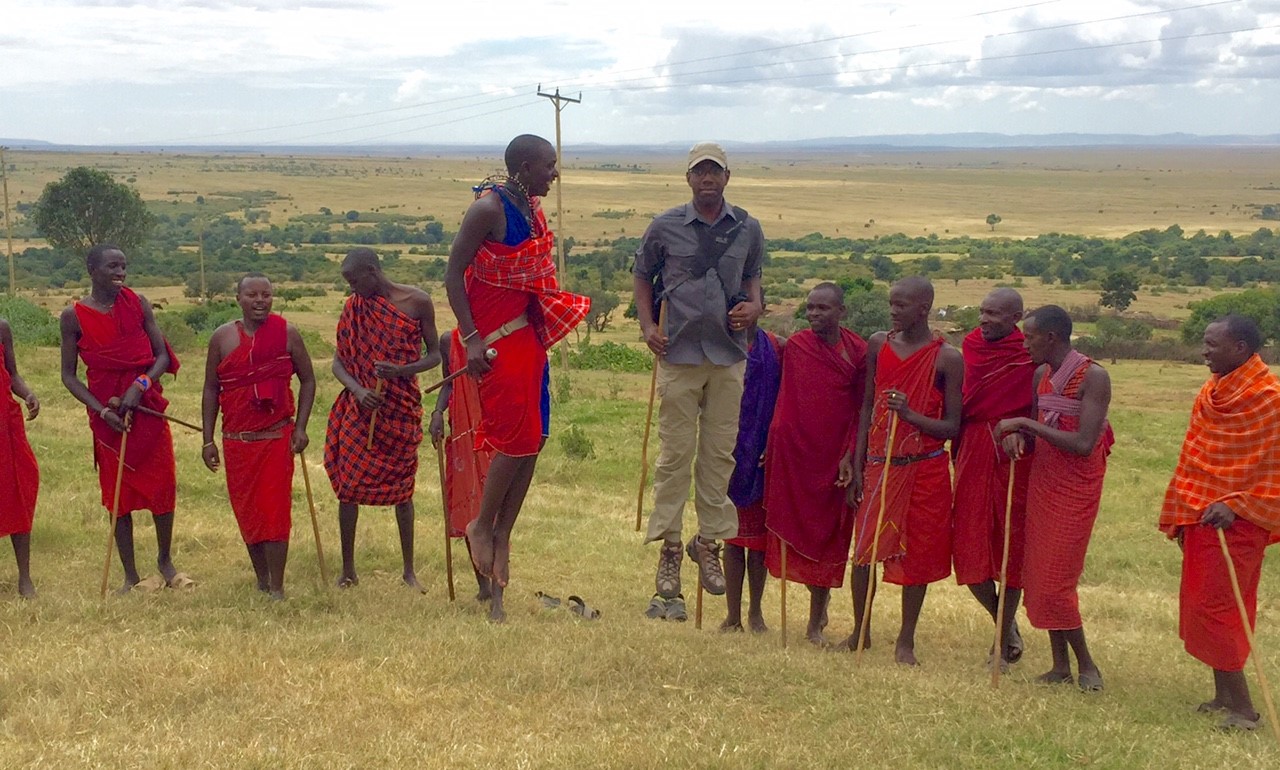 Another organization doing great work is the Maasai Girls Education Fund.  They too find children who are in desperate situations and provide them with school sponsorship and a way out.  Here, they focus on girls in the Maasai community. The Maasai are a deeply patriarchal society in which women and girls have little to no rights. Historically, they have practiced female genital mutilation, early marriage for girls (as young as 9) and polygamy.  The Maasai Girls Education Fund is trying to change hearts and minds and educate the whole community through workshops and interventions.  They often rescue girls from desperate situations and provide them with funding for an education through college. They are truly saving lives and changing the community one girl at time.